Juneteenth: This Country Isn’t “Free” Until We’re ALL FREE!

On June 19th, 1865 Gorden Granger, General Of The Union, issued General Orders, Number 3, effectively setting all the slaves in the now Union controlled Texas during the Civil War. The Civil War as all but over, and General Granger’s overtaking of Texas signaled the last monumental win for the Union.

This was a significant moment and indeed a symbol of liberation, but here’s the thing: slaves had already been called to freedom in confederate state almost 2 years prior.

Apparently news traveled through Texas at an EXTREMELY slow rate — it is the biggest state in the country after all. 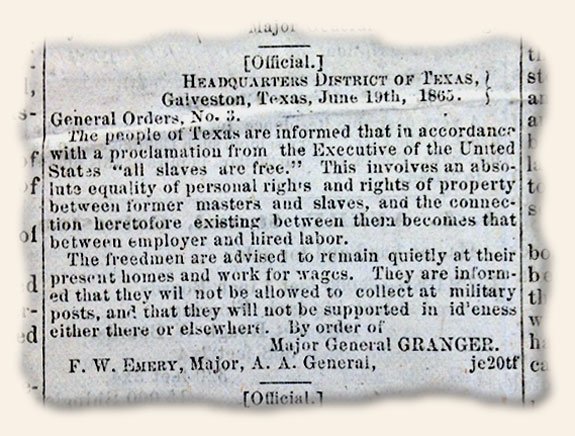 The Emancipation Proclamation, first proposed on September, 22 1862 & enacted on January 1, 1863 by Lincoln asserted:

all persons held as slaves within any State or designated part of a State, the people whereof shall then be in rebellion against the United States, shall be then, thenceforward, and forever free –Transcript Of Emancipation Proclamation

The language that Lincoln used was very intentional. It was during war-time and while the Union was definitely winning, the Confederacy proved to be a worthy adversary. Lincoln issued the Emancipation Proclamation as a MILITARISTIC TACTIC first and foremost to ensure victory in the Confederacy. That was why his language included southern secession states, but not Northern/Union slaves.

In other words, we were used as an insurance policy and yet again objectified by the American government. Many regard Lincoln as a benevolent leader who hated slavery. He grew up in a Separate Baptist community that opposed alcohol, secular music & slavery, which contributed to his world view, but it was always his belief that white and black men were not equal. He believed that slaveowners should be compensated for their freed slaves, which means one thing: he saw slave bodies in the same vain that slaveowners did: as objects of economic value.

I hold that a negro is not and never ought to be a citizen of the United States. (Good, good, and tremendous cheers.) I hold that this Government was made on the white basis, by white men, for the benefit of white men and their posterity forever, and should be administered by white men and none others. –Lincoln at a speech in Jonesboro, Illinois 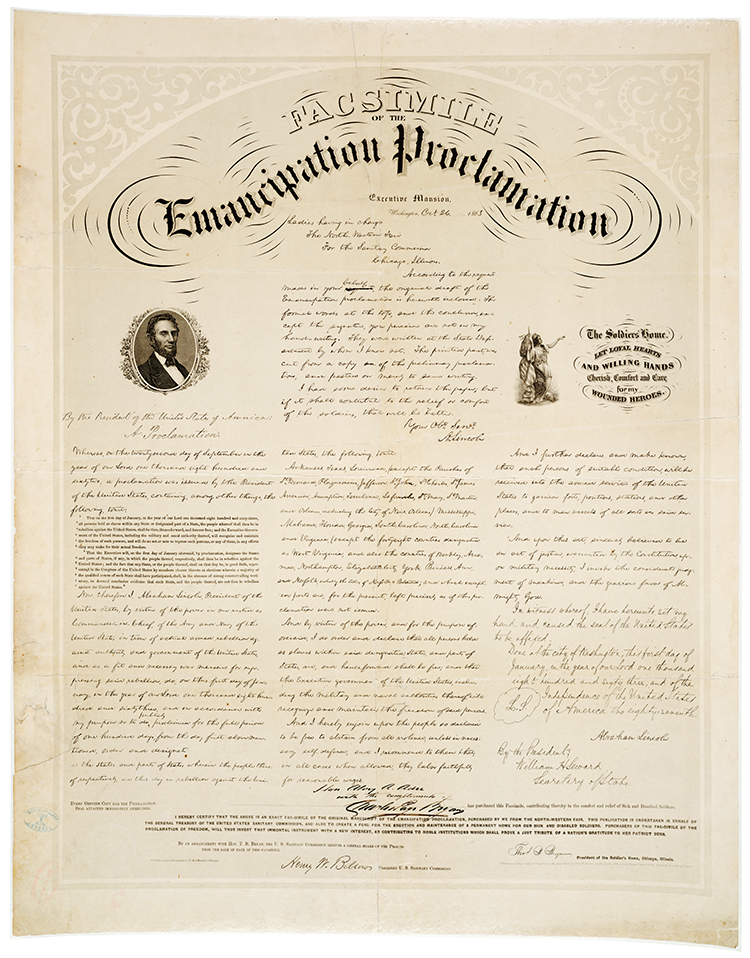 And at the same time, Juneteenth is a momentous day. A Union General took over the Texas and on his own (with no knowledge of the Emancipation Proclamation) issued General Orders, No. 3 and took it upon himself to free slaves in the area.

Juneteenth is a symbolic representation of TRUE freedom in America.

On July 4th 1776 when John Hancock & the Continental Congress signed letters telling Britain that the citizens of the 13 colonies were banding together to form the United States of America, they wrote to King George:

The apprehension of being degraded into a state of servitude from the pre-eminent rank of English freeman, while our minds retain the strongest love of liberty and clearly foresee the miseries preparing for us and our posterity, excites emotions in our hearts which, though we cannot describe, we should not wish to conceal. – PETITION TO KING GEORGE III

It is ironic that while this country’s “Founding Fathers” wrote to King George about their disdain for their second class status & their relegation to “servitude”, they each owned hundreds of Black slaves. And never ONCE stopped to think of the injustice they perpetuated on a daily basis. This is the reason July 4th to Black Americans is null and void. We had no seat at that table when the county’s “forefathers” claimed their liberties. It is the tale of only one half. We were still seen as even LESS than second hand citizens.

As a matter of fact, they wrote our exact measurement as compared to a (White) man, 3 Black for every 1 White, into law in the constitution when the time came. This came to be known as the 3/5ths compromise.

We never had a seat at the table. We weren’t even invited into the room.

Still don’t understand? Let me simplify it for you. It’s like when people call me an “All Pro” back and I just and continue the conversation. I would like to have been an All-Pro selection, but it’s just not a table I was invited to.

It’s like congratulating me on Super Bowl 43 — a game we actually lost. Essentially, July 4th is inviting African Americans to celebrate something we essentially had NO PART IN.

Again, it’s the tale of one half of America, but not the other.

This is why June 19th is so symbolically important to American history. It is the signification of the moment the Union truly made the first step toward becoming a free & equal union (and we still have a tremendous amount of work to do). This is why Juneteenth should be recognized as a public holiday because now more than ever, this country must realize that if we’re not ALL FREE, then none of us is TRULY FREE.

So let’s ACT! Sign this petition to get #Juneteenth recognized as a NATIONAL HOLIDAY!: https://www.change.org/p/united-states-congress-make-juneteenth-a-national-holiday-in-2020