Most people woke up on Sunday jumping for joy because of the New England Patriots’ first-round playoff loss to the Tennessee Titans during wild card weekend. I could say they’re a terrible organization and I have no respect for their achievements, but that wouldn’t be true.

As a player who played against the infamous Brady led teams for most of my Colts career, I have to take a different an entirely different tone on the matter:

One of sheer amazement. 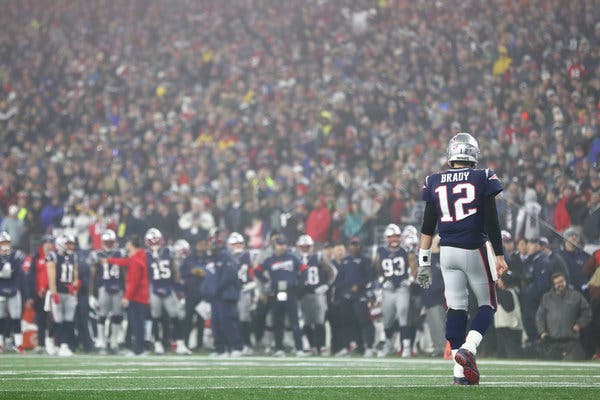 Breaking Down The “Patriot Way”: How Are They Doing It?

Patriots head coach Bill Belichick is one of the smartest coaches the game has ever seen. With him, the Patriots built a dynasty of sorts, generating two decades of dominance for the AFC East and the entire NFL, for almost two decades is unprecedented and a shining case study for how to run an effective system aka the “Patriot Way“. They developed a championship football system that has helped them find unprecedented success in the best game on earth and there are a few lessons to take away from their success. 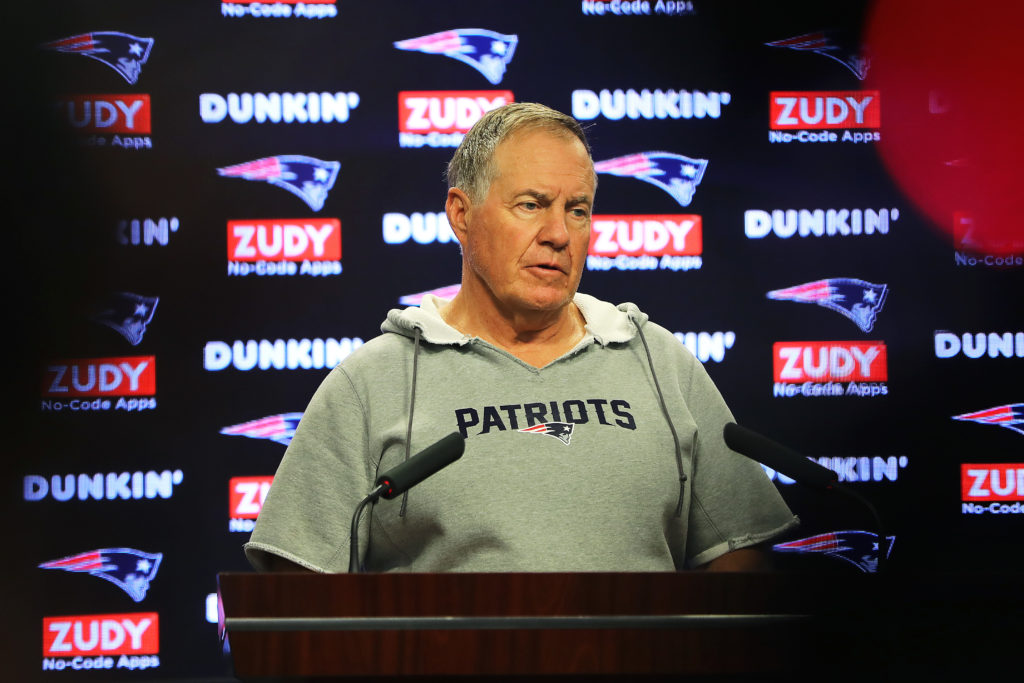 The “Patriot Way”: Success Is Repeatable

For years, it seemed like no matter what personnel the team had, what adversity struck, or what team they played, the Patriots won games when they mattered, which frankly I wasn’t too happy about at the time).

Their record of 255- 89 over the past 2 decades is unfathomable. They’ve won 6 championships in that time-span, more than any team has ever done. Their roster seems to get a complete makeover every year and has constantly had new faces rotating in and out. Yet somehow their teams never miss a beat. When you are that dominant it brings both haters and an array of fans from across the globe. But that consistent dominance also has meaning.

It means the Patriots have developed a repeatable and consistent method of success -— the first quality of any successful system.

Not Just Brady: Other Starting QBs Have Found Success

Some tied their success directly to their superstar quarterback, Tom Brady. He is an elite quarterback drafted sixth-round of the 2000 NFL draft pick to back up Drew Bledsoe. After taking over the starting spot after an injury to Bledsoe, Brady took the reins and never looked back. He has become arguably the greatest quarterback we’ve ever seen play the game (*cough* Peyton Manning *cough*). Touchdown passes aside, the man is a remarkable example of leadership both on and off the field and has become an icon of sorts. So it makes sense for fans to tie the success of the franchise to him during his tenor.

The interesting part of it all, however, is that even when he’s been out, Patriots backup quarterbacks and teams have shown the ability to win without him! 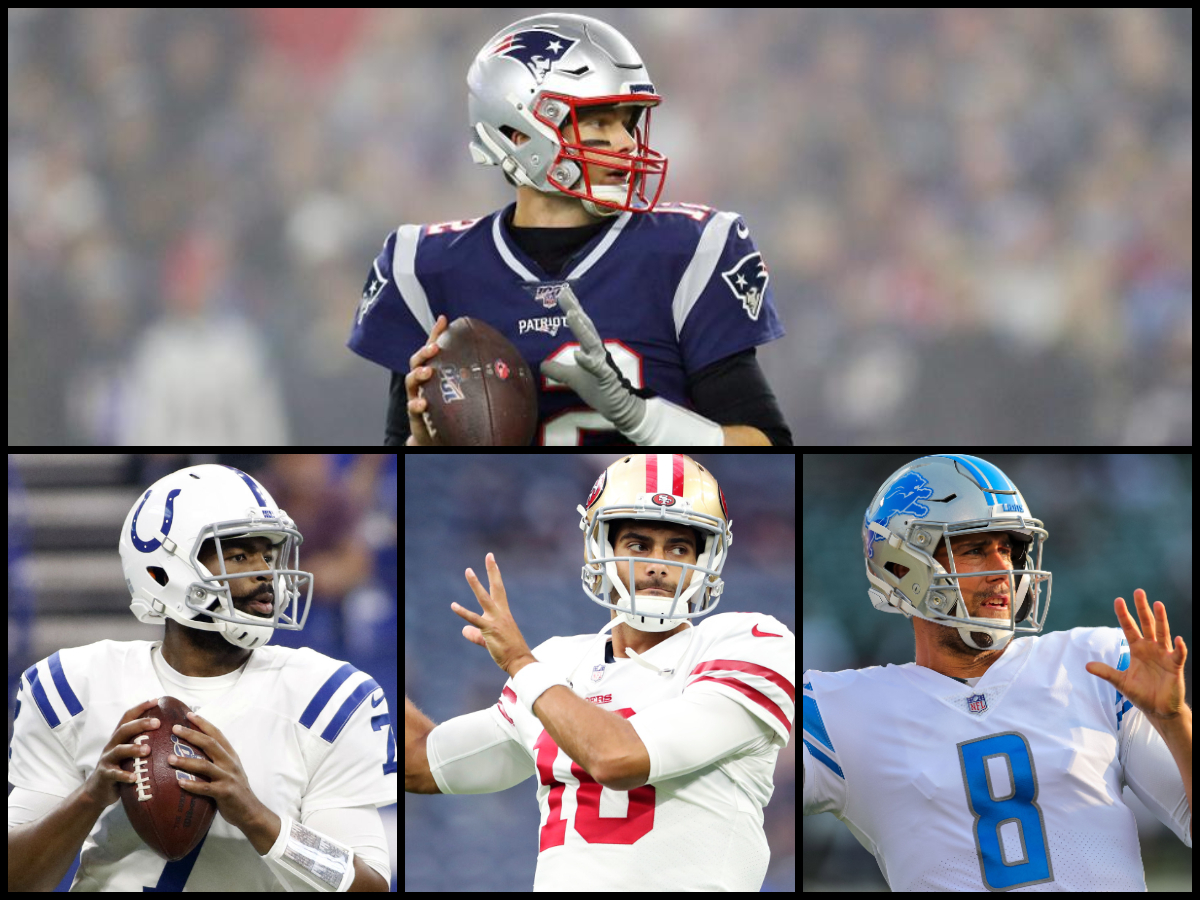 Matt Cassel went 11-5 one year with Brady out and while they missed the playoffs, Cassell made a statement with his play and with the system could serve as an admirable option. After being traded, in nine seasons with four different teams, Cassell has gone 26-40 as a starter, never showing the same effectiveness that he found in the Patriot’s system.

Jimmy Garrapolo started just two games for the Patriots, but played so well that he solidified his place in the league as a starting quarterback when he went out and had career games in place of Tom Brady during injury (like how he got his spot from Drew Bledsoe). He now runs the show for the 49ers and looks like a stud.

Jacoby Brissett started just two games during his time with the Patriots and showed promise in that stint. After backing up Andrew Luck for a few seconds (and his abrupt departure), Brissett claimed the starting quarterback spot for the Indianapolis Colts. While the team missed the playoffs this season, Brissett had a rock performance all year and looked like a legitimate starting quarterback.

The reason these quarterback cases are so important is this: the quarterback position is arguably the toughest position in all of sports. The system that Belichick and Co. have put in place allows QBs to showcase their skill as passers, while also giving them options for success under almost any situation. For backup quarterbacks to perform the way they do in the system and find jobs after performing, the system itself is a model that the rest of the league is envious of.

To me, the true mark of a great system is the ability to produce other leaders and to me, the Patriots can replicate their success regardless of the quarterback at the helm.

A Decade Of Rivalry: Colts vs. Patriots

I still remember my first meeting with the Patriots at AFC Championship game in 2003. I was only a rookie, but we were one game away from getting to the Super Bowl. I was the starting Mike linebacker that day because of all the exotics packages the Pats were running at the time with a bunch of Wide Receivers (WRs) and Tight Ends (TEs). 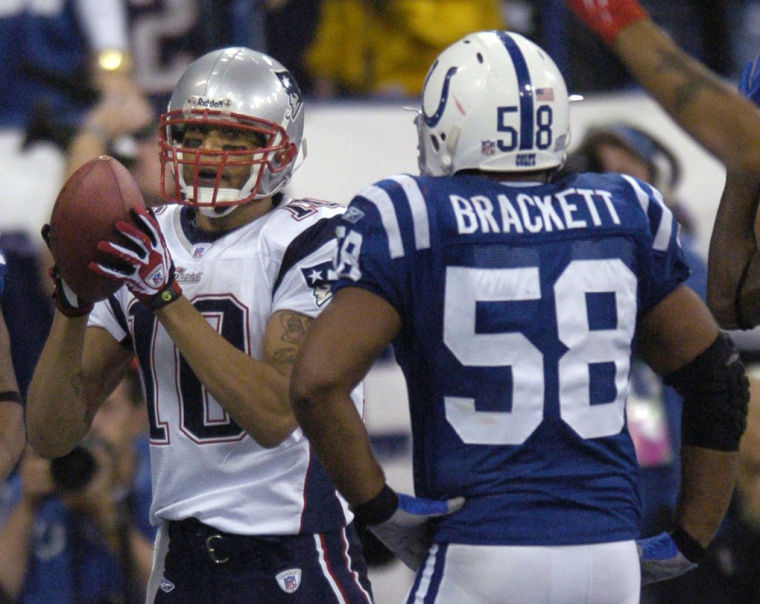 They ran a genius misdirection play where they would line up 3 WRs and still run the ball. By showing the passing formation and running the ball, they put our defense at a big disadvantage if we went with a smaller and speedier lineup. Conversely, if they stayed big they would check out of it and run. They based their genius scheme on “read and react” and while we later figured it out; the play worked to perfection that game and cost us dearly.

For us, it was a decade long rivalry that we relished not just because we hated them, but because every time we played them, we knew it would be the biggest chess game we played all year.

Bill Belichick, his staff and Tom have torched defenses game after game for two full decades. I often get asked why it’s so difficult to beat them and the reason is this: they know you study them on film, but they make in-game adjustments so often that you can’t rely so much on tendencies. They make you play a reactive and instinctual football game, which is challenging doing as a team since it requires everyone to be a high performer individual and win their match-up, which doesn’t put the odds in your favor.

It’s organized chaos at its BEST.

I’ll be the first to admit (emotionally) there’s a slight grin on my face seeing the Patriots finally take an early playoff exit. Seeing a chink in the armor of a team that has been dominant since before my playing days is slightly entertaining. Unlike during my playing days, however, I no longer feel the animosity I once had for our division rivals. In all honesty, I have developed a deep respect for them and admire what they have done for the last two decades.

They developed a Championship System and have the stats to prove it.

Dear America: We Are TIRED

The Value Ladder For High Performers

What Are YOU Grateful For?

Access Programs Login
We use cookies on our website to give you the most relevant experience by remembering your preferences and repeat visits. By clicking “Accept All”, you consent to the use of ALL the cookies. However, you may visit "Cookie Settings" to provide a controlled consent.
Cookie SettingsAccept All
Manage consent

This website uses cookies to improve your experience while you navigate through the website. Out of these, the cookies that are categorized as necessary are stored on your browser as they are essential for the working of basic functionalities of the website. We also use third-party cookies that help us analyze and understand how you use this website. These cookies will be stored in your browser only with your consent. You also have the option to opt-out of these cookies. But opting out of some of these cookies may affect your browsing experience.
Necessary Always Enabled

Performance cookies are used to understand and analyze the key performance indexes of the website which helps in delivering a better user experience for the visitors.

Analytical cookies are used to understand how visitors interact with the website. These cookies help provide information on metrics the number of visitors, bounce rate, traffic source, etc.

Advertisement cookies are used to provide visitors with relevant ads and marketing campaigns. These cookies track visitors across websites and collect information to provide customized ads.

Other uncategorized cookies are those that are being analyzed and have not been classified into a category as yet.